In the early 1950s, Dr. Bernard Lown made what he called his greatest contribution to medicine, saving 100,000 lives each year and changing the standard of care for heart attack patients forever–simply by getting people out of bed and into a chair. How did this happen? Watch the video and read the blog below to hear the story in Dr. Lown’s own words. 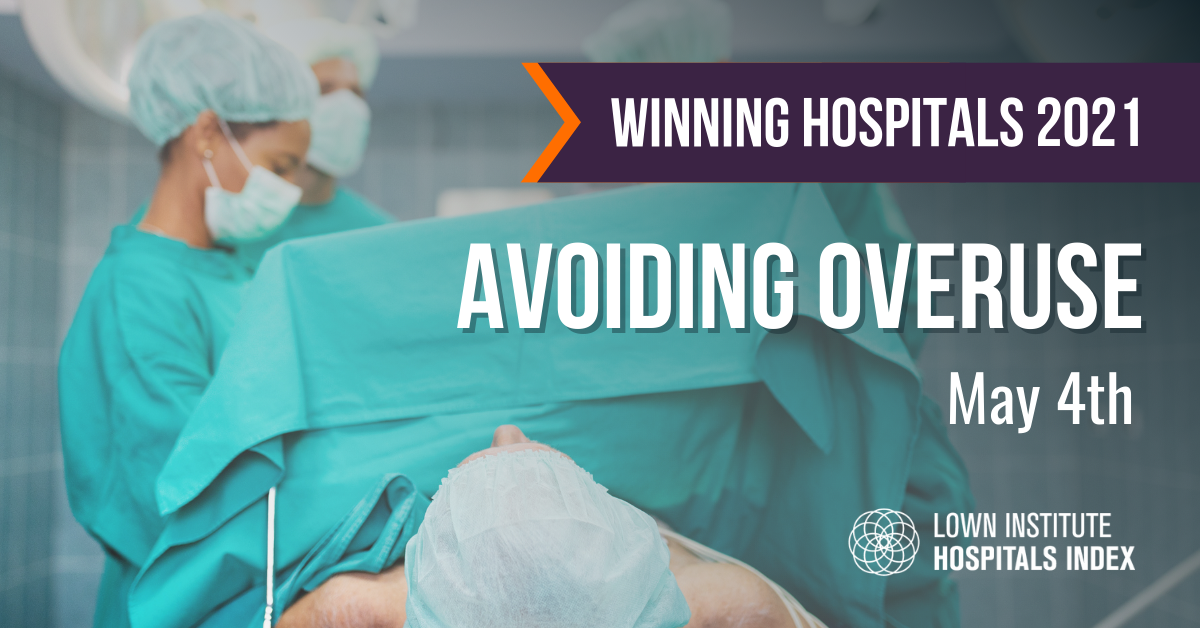 Which hospitals in the US are the best at avoiding unnecessary and potentially harmful tests and procedures? Join us May 4 when we release the results of the Lown Institute Hospitals Index “Avoiding Overuse” metric!

In this video interview, Dr. Lown explains the logic behind bed rest in the early 20th century, how he and Dr. Samuel Levine challenged this conventional wisdom, and the obstacles they faced on the way. This video is from a 2010 interview with Dr. Malcolm Maclure, professor and chair in patient safety at the University of British Columbia, Canada.

For more details on this story, we turn once again to Dr. Lown, who gave a thorough accounting of this experiment in a 2011 blog post, “A Chair to the Rescue,” which was initially published in his book, The Lost Art of Healing.

The “unique torture” of bed rest

[In the early 1950s] I began a cardiovascular fellowship under the mentorship of Dr. Samuel A. Levine at the Peter Bent Brigham Hospital (now the Brigham and Women’s Hospital) in Boston. At the time, the major challenge in hospital-based cardiology was dealing with the steady inflow of patients with acute heart attacks. Care was largely palliative: to relieve chest pain, to prevent blood clots, to ease the breathlessness and edema provoked by a failing heart muscle. Patients were confined to strict bed rest for four to six weeks. Sitting in a chair was prohibited. They were not allowed to turn from side to side without assistance. During the first week, they were fed. Moving their bowels and urinating required a bedpan. For the constipated, which included nearly every patient, precariously balancing on a bedpan was agonizing as well as embarrassing.

“Visiting Martians, witnessing this travail, might have judged the scene differently, regarding hospitals as prisons where inmates were subjected to a unique form of torture.”

Because world events might provoke unease, some physicians prohibited their patients from listening to the radio or reading a newspaper. Visits by family members were limited. Since recumbency provoked much restiveness and anxiety, patients required heavy sedation, which contributed to a pervasive sense of hopelessness and depression. Around one in three patients died. Not surprisingly, many died from blood clots migrating to their lungs.

In addition to the pain stemming from the heart attack and the accompanying fear of dying, patients had to cope with the torment of isolation, the indignity of infantilization, and the unbearable distress of excessive bed rest. Physicians convinced themselves and their patients that complete bed rest was the price of survival. Visiting Martians, witnessing this travail, might have judged the scene differently, regarding hospitals as prisons where inmates were subjected to a unique form of torture.

The impact of chair treatment

The study involved getting patients into a comfortable chair for increasing durations on succeeding days. Compared with recumbent patients, ours required fewer narcotics for chest pain, less sedation for anxiety, and fewer sleeping medications. Nurses commented that the patients’ demeanor changed from anxious and depressed to an eagerness to resume normal living. Witnessing even one patient in a chair rapidly won converts from the house staff, who soon became enthusiastic adherents. Patients in chairs promptly began to harangue their doctors to let them walk and pressed for an early discharge.

Despite dire predictions by senior medical attendants that these patients would experience fatal arrhythmias, heart rupture, or congestive heart failure from an overstressed heart muscle, none of those complications were encountered. Comments by patients experiencing their second or third coronary artery occlusion confirmed that we were on the right track. Invariably they indicated that the current episode was the easiest to bear.

Practicing physicians rapidly abandoned the use of strict bed rest. Until our work, patients were kept in the hospital for a month or longer. Within a few years after our publication, the period of hospitalization was reduced by half. The range of activities permitted to patients was extended, and self‑care became the norm. The hateful and dangerous bedpan was abandoned; walking was allowed earlier; hospital mortality was reduced by about a third. Rehabilitation was hastened, and the return to work was accelerated. The time required for full recovery was reduced from three months to one month. Considering the fact that in the United States about one million people suffer heart attacks annually, perhaps as many as one hundred thousand lives were salvaged each year by this simple strategy.

How did doctors respond?

Although I knew that the project would be a chore, I didn’t expect it to be an act of martyrdom. Little did I realize that violating firmly held traditions can raise a tsunami of opposition. The idea of moving critically ill patients into a chair was regarded as off‑the‑wall. Initially the house staff refused to cooperate and strenuously resisted getting patients out of bed. They accused me of planning to commit crimes not unlike those of the heinous Nazi experimentations in concentration camps. Arriving on the medical ward one morning I was greeted by interns and residents lined up with hands stretched out in a Nazi salute and a “Heil Hitler!” shouted in unison.

Why subject patients afflicted with a life‑threatening condition to a treatment that could only increase their misery and lead to major complications? This was not just a small error; it was a colossal misjudgment. Why were the deleterious consequences of strict bed rest not detected sooner?

Medical dogmatism is sustained by a multiplicity of factors. Foremost is the fact that doctors traverse an uncertain terrain. Faced with a myriad of variables, a doctor can never be certain which measures will heal.

“Human beings, when compelled to act, learn to justify a chosen course with an assurance unwarranted by the evidence for the course chosen.”

In pondering other reasons for the practice of strict bed rest, I believe they reflected the sad truth that doctors sixty years ago had little to offer heart attack victims. When good answers are unavailable, bad answers may replace them. Bed rest seemed a logical treatment to reduce the burden on the ever-beating heart. Don’t we go to bed when we are tired?…Yet such simplistic reasoning has been responsible for blood letting, stomach freezing, using X-rays for peptic ulcers, impaling catheters in the heart to gauge its function, dispensing hormone therapy to menopausal women, administering lobotomies to the mentally ill. The list seems unending.

When a new paradigm takes hold in medicine, its acceptance is extraordinarily rapid. Few acknowledge that they once adhered to a discarded method. This was succinctly captured by the German philosopher Schopenhauer. He maintained that all truth passes through three stages: first, it is ridiculed; second, it is violently opposed; and finally, it is accepted as having always been self‑evident.

Dr. Bernard Lown (1921-2021) was a pioneering cardiologist, humanitarian, and founder of the Lown Institute. In honor of Dr. Lown, we are sharing stories from his remarkable life in his own words, through video and written content. Each episode also ties into an upcoming event sponsored by the Lown Institute Hospitals Index, where we will dive deeper into the topics that meant the most to Dr. Lown.